Rock art designs in the Americas are often identical to those in locations around the world. Does this suggest ancient peoples were in direct contact with one another or could there be another explanation? Physicist Anthony Peratt has a bold new theory that argues the similarities are not based on contact but the result of witnessing and recording the same high energy auroral activity taking place in the sky. These auroras were the result of a massive solar flare which was intense enough to not only produce designs in the sky but also to literally cause bodies of water to boil. Native American legends appear to record just such an event sometime in the past. Is this also the origin of the Mesoamerican and Hopi belief in a series of world ages called Suns that each ended in massive destruction of human civilization? Read the research report below and decide for yourself:

Characteristics for the Occurrence of a High-Current,Z-Pinch Aurora as Recorded in Antiquity

The discovery that objects from the Neolithic or Early Bronze Age carry patterns associated with high-current Z-pinches provides a possible insight into the origin and meaning of these ancient symbols produced by man. This paper directly compares the graphical and radiation data from high-current Z-pinches to these patterns. The paper focuses primarily, but not exclusively, on petroglyphs. It is found that a great many archaic petroglyphs can be classified according to plasma stability and instability data. As the same morphological types are found worldwide, the comparisons suggest the occurrence of an intense aurora, as might be produced if the solar wind had increased between one and two orders of magnitude, millennia ago.

Fig. 1. Starfish thermonuclear detonation July 9, 1962, 400 km above Johnston Island. The photograph was taken from a Los Alamos KC-135 aircraft three minutes after initiation time. An artificial striated aurora has already formed from the plasma particles, spreading along the earth’s magnetic field.The brightest background object (mark) at the top, left-hand corner, is the star Antares, while the right-most object is ? -Centauri. The burst point is two-thirds of the way up from the lowest plasma striation.

On July 9,1962,theUnited States detonated a 1.4-megaton thermonuclear device in the atmosphere 400 km above Johnston Island. The event produced a plasma whose initial spherical shape striated within a few minutes as the plasma electrons and ions streamed along the Earth’s magnetic field to produce an artificial aurora. Fig. 1 shows a photograph of the artificial aurora three minutes after detonation as recorded from aKC-135 aircraft.

Concomitant with the artificial aurora was a degradation of radio communications over wide areas of the Pacific, lightning discharges, destruction of electronics in monitoring satellites, and an electromagnetic pulse that affected some power circuitry as far away as Hawaii.

The event was recorded worldwide as the plasma formed at least two intense equatorial tubes, artificial Van Allen belts,around the Earth [1], [2]. These tubes, or plasma toroids,contained relativistic electrons bound by magnetic fields; the source of intense amounts of synchrotron radiation. The radiation lasted far longer than expected; the decay constant was of the order of 100 days. (Mankind, unknowing, has viewed synchrotron radiation from the Crab nebula for centuries. The only known mechanism that produces synchrotron radiation are electrons spiraling about a magnetic field at nearly the speed of light).

Thus, the shape of the phenomena as recorded at radio, visible, and high frequencies was that of plasma “donuts” encircling the Earth, which mimicked the Van Allen belts.

The artificial aurora shown in Fig. 1 also shows plasma striations that arise from instabilities. This paper describescharacteristic features of laboratory plasma experiments andsimulations, especially for high-current Z-pinch conditions,and compares these features with petroglyphs and other an-cient writings, which may have been associated with auroralobservations. 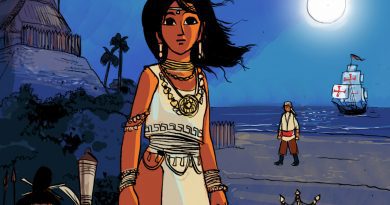