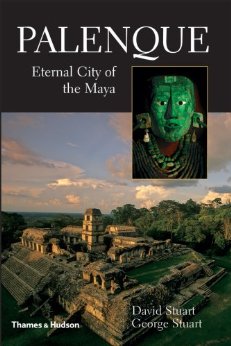 There is no better, more thorough history of the Mayan site of Palenque than George and David Stuart’s Palenque: Eternal City of the Maya. The Stuart’s, both experts on the Maya in general and the site of Palenque in particular, manage to condense their expansive knowledge of the site into a relatively brief 243 pages that cover everything from architecture to royal family lineages.

Having said that, the book is not without its flaws. First, the book does not start with the Mayan history of the site. I expected to jump right in and immediately begin learning about the ancient Mayan kings who lived at Palenque and what life was like at the site. Unfortunately the book begins with the history of the European discovery of Palenque after it had been abandoned in the jungle for 1000 years. It next goes on to the history of the archaeological work at the site. It’s not until page 106, over a third of the way through the book, that the reader is finally introduced to the Maya themselves who built and lived at Palenque.

Furthermore, the authors recount this history in a linear, textbook style; i.e., “this happened, then this happened, then this happened,” etc. This makes it a rather dull read, definitely not a page turner. In addition, the book is written in a dry, academic style. These facts make the book one that really requires some work on the reader’s part to trudge through its pages. I found myself re-reading passages in order to fully understand them. Worse, the authors often referred back to previous chapters assuming the reader would remember every detail of its dry, academic facts instead of simply restating what the authors wanted the reader to remember. Considering I had read some of these chapters days earlier it was difficult to remember precisely what the authors were referring to without going back and re-reading these passages.

All of this results in a book that feels more like reading an autopsy of a dead city rather than learning about the vibrant, living city that Palenque once was. This is not a problem unique to this book but to history books in general. It is rare to find one that really breathes life into its subject. Thus if you are a fan of history you will likely find this book no worse than any other book on ancient history.

The biggest oversight comes from a lack of any mention as to the source of Palenque’s great wealth. The book fails to answer two of the most important of the 5 w’s (who, what, when, where, & why) every good book should answer: Why was Palenque such a large and prosperous city and what was the source of its great wealth? Most cities become rich through trade yet no mention of trade found its way into this volume. In fact, the word “trade” is not even in the book’s index. This is quite a glaring oversight equivalent to writing a history of Detroit without mentioning the automobile industry or a history of Los Angeles without mention the entertainment industry or a history of New York City without mentioning the financial industry. Every city has its reason for being yet we never get even the slightest sense of Palenque’s reason for being.

The authors approach the subject of trade on multiple occasions but never dive in. For instance, they note in this passage:

“Palenque’s situation on the border between two enormously different environmental zones, the vast plain on the north and highlands immediately south, gave it the advantage of exploiting both lowland and highland resources. The city also lies on the geographical divide between two drainage systems, one flowing west and the other east. Awareness of both these benefits may well have helped Palenque’s first settlers select the place.”

Yet this passage fails to mention what these resources were or how their exploitation was of any benefit to Palenque. Did this location enable them to become the middle men in a vast trade network? Or was their some local resource that was valuable which the inhabitants of Palenque exported to other localities? Today the primary means of creating wealth is either by being a distributor of other people’s goods (Wal-Mart) or by the creation and export of your own goods (Apple). So which was it at Palenque?

On two other occasions the authors hint at trade but again fail to dig deeper. On pp. 142-143 they note:

“Uk’aychan…may have been reaching westward in order to control lucrative trade routes and resources in the Palenque region….”

Yet the authors make no mention of what items were traded or what resources were such valuable commodities. And on p. 164 they note:

“Another subsidiary community was Xupa, located on the opposite eastern side of Palenque’s domain. Today, it is a moderate and little investigated ruin, with sculpted fragments also in the Palenque mode. Xupa’s location in the fertile Chancala Valley suggests that it was used to control and administer the region’s important agricultural productivity.”

But this passage fails to answer any important questions like what agricultural products were produced and were they used locally or exported? Was this the source of Palenque’s wealth or was there some other source?

The closest the book comes to discussing trade is when it discusses the ceramic record of the city. For instance, the authors note:

“By AD 400, the community had grown considerably….The sudden appearance at this time of pottery from the Peten region to the east helps define the Motiepa phase, a period of some two centuries that witnessed the maturing of the city as a major center– and the beginnings of military conflicts with neighbors to the east.”

“The 7th century AD corresponds with the renaissance of the kingdom as a major political force….This Otolum ceramic phase reflects both stability and prosperity in the sheer variety of local wares– and a dramatic increase in the importing of fine polychrome vases by the status-conscious elite.”

Again, was Palenque a center of the ceramic trade or was this increase the result of wealth created from other ventures? The authors fail to provide any deeper insight into the source of Palenque’s wealth and thus the whole underpinning of its existence. Another example:

“The 8th century at Palenque, corresponding generally to the ceramic phase named for the Murcielagos River…half a century of excavation there…has uncovered dozens of what surely rank among the most spectacular examples of ceramic art ever produced by the ancient Maya….These striking objects were locally produced by the hundreds– Rands has identified at least one studio-workshop about 1 km (0.6 mile) east of the Palace….”

But as usual the authors fail to explain why the people at Palenque were producing such fabulous pottery. Were they trading it and thus creating wealth from it or did their wealth come from some other source which then afforded them the luxury of fine ceramics? Another example:

“The final discernible ceramic phase of Palenque, the Balunte (c. AD 770-850), saw increased interactions with communities on the plains to the north…”

“The elegantly shaped ceramic vessel is made from a distinctive fine grey paste that comes from the Tabasco plains, to the north of Palenque, which was widely imported during the Balunte ceramic phase.”

Was the clay imported to create vessels for export or were the vessels consumed only at Palenque? Again, the reader is left with more questions than answers and has no better idea the “why” and “what” of Palenque as when they first opened the book.

Amazingly, even though the authors discuss the ceramic/pottery traditions that mark important changes at Palenque, few photos of this pottery were included in the book– a major oversight.

Probably one of the more fascinating topics was the interaction between Palenque and the metropolis of Teotihuacan in central Mexico. The fact that many Mayan sites appear to have been either conquered or greatly influenced by this great city so far away hints at a much more far flung trade network and interaction sphere than most believe was present in the New World before the arrival of Europeans. But again, the authors do not delve too deeply into this subject.

Without this discussion of trade the reader is left with a dry account of buildings and kings and little more. The few mentions of warfare help breathe life into the dead skeletons of Palenque’s history but discussion of trade would have helped even more so.

The author’s did manage to bring in a few nice touches like:

“To this day, many traditional Maya peoples see mountains as the dwelling places of their ancestors, the ‘mothers-and-fathers,’ who exert a profound spiritual influence over the lives of the descendants who hold them in high esteem.”

Passages such as this help connect the present with the past and in so doing helps connect the reader to the humanity of the people they are reading about. The skeletons at Palenque were once living, breathing people with motivations identical to those of people today. The more the authors could have made of that connection between the past and present, the better their book would have been.

But as it stands, Palenque: Eternal city of the Maya is an invaluable reference that I will undoubtedly return to time and time again when I need to research information about Palenque.

New Release: Mayan Calendar Prophecies | Part 1: Predictions for 2012 and Beyond 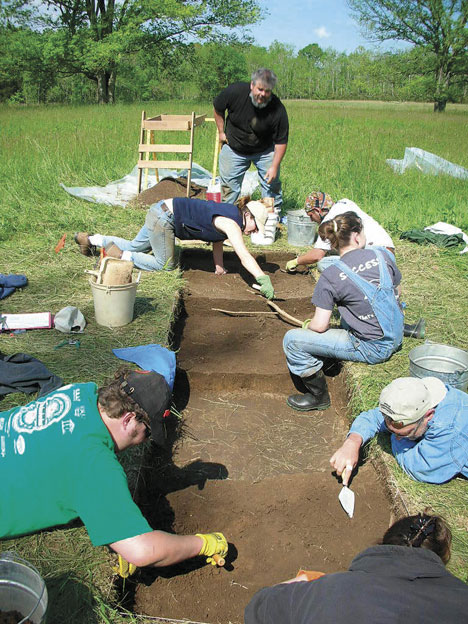