Another example of supposed “scientists” acting more like theologians when their sacred belief systems come into question. Clovis First was a hypothesis that many archaeologist somehow forgot was simply a hypothesis and instead believed was the gospel truth and no evidence to the contrary would convince them otherwise. The Clovis First theory asserted that people had only been in North and South America for the last 10,000 years when an ice-free corridor opened up and allowed them to finally enter from Siberia. Yet evidence for much older settlement in the Americas continued to pop up but was dutifully swatted down by the establishment as heresy. Such was the case for the Blue Fish Caves site which has now become known as “the oldest archaeological site in the Americas.” Read the story below:

The story of Jacques Cinq-Mars and the Bluefish Caves shows how toxic atmosphere can poison scientific progress…..

…In three hollows known as the Bluefish Caves, he and his team had discovered something remarkable—the bones of extinct horses and woolly mammoths bearing what seemed to be marks from human butchering and toolmaking. Radiocarbon test results dated the oldest finds to around 24,000 years before the present.

Bluefish Caves directly challenged mainstream scientific thinking. Evidence had long suggested that humans first reached the Americas around 13,000 years ago, when Asian hunters crossed a now submerged landmass known as Beringia, which joined Siberia to Alaska and Yukon during the last ice age. From there, the migrants seemed to have hurried southward along the edges of melting ice sheets to warmer lands in what is now the United States, where they and their descendants thrived. Researchers called these southern hunters the Clovis people, after a distinctive type of spear point they carried. And the story of their arrival in the New World became known as the Clovis first model.

Cinq-Mars, however, didn’t buy that story—not a bit. His work at Bluefish Caves suggested that Asian hunters roamed northern Yukon at least 11,000 years before the arrival of the Clovis people. And other research projects lent some support to the idea. At a small scattering of sites, from Meadowcroft in Pennsylvania to Monte Verde in Chile, archaeologists had unearthed hearths, stone tools and butchered animal remains that pointed to an earlier migration to the Americas. But rather than launching a major new search for more early evidence, the finds stirred fierce opposition and a bitter debate, “one of the most acrimonious—and unfruitful—in all of science,” noted the journal Nature. 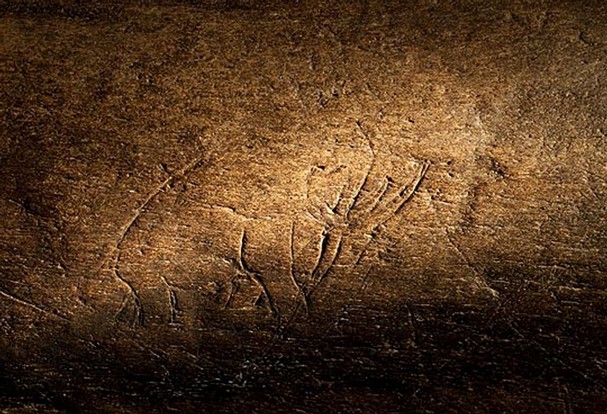