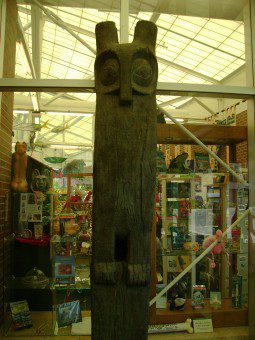 Fort Caroline National Memorial was created to memorialize the Sixteenth Century French effort to establish a permanent colony in Florida. After initial exploration in 1562, the French established “la Caroline” in June 1564. One of the members of this expedition was an artist named Jacques LeMoyne. He drew the first known pictures of Southeastern Indians and their lifeways. The original pictures were burned when Spanish forces arrived 15 months later and captured la Caroline in September, 1565. LeMoyne redrew them from memory upon returning to France and after his death another artist, Theodore DeBry, engraved these pictures and published them.

Nothing remains of the original Fort de la Caroline; a near full-scale recreation of the fort, together with exhibits in the visitor center, provide information on the history of the French colony, their interaction with the native Timucua, and the colonists’ brief struggle for survival. Featured in the museum is a large owl totem pole dredged from the St. John’s River. It is the largest wooden effigy ever recovered from an archaeological site in North or South America. 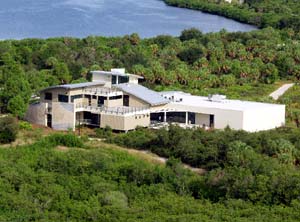 One thought on “Fort Caroline”