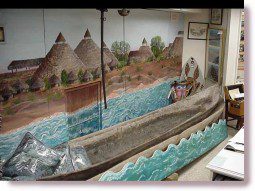 Field notes written by archaeologist Frank Cushing, who explored the western side of Pine Island in 1895, formed the basis for the museum’s large wall mural depicting a Calusa village. Cushing made outstanding discoveries of Calusa art, copies of some of which are on display along with authentic artifacts, pottery, shell tools and other materials found in Pine Island’s famous Calusa mound excavations.

The art of the Calusas is replicated according to Frank Cushing’s observations and discoveries on Marco Island in the late 1800s. After exploring Pine Island, Cushing hired Capt. John Smith, an original settler on Pine island, and his sharpie sailboat to take him to Marco Island. In a water-filled bog, artifacts were discovered which were made of painted wood. These copies replicate Wells Sawyer’s paintings done at Marco at the time of the discovery. The original feline is at the Smithsonian, and the deer head with articulated ears is at the Museum of Natural History in Gainesville, FL. They are two of only a few existing copies made from the Cushing originals that exist today. Our museum copies are made from plaster cast made from the originals.

Other items show the forming of pottery and the making of tools from shells.

Museum of the Islands 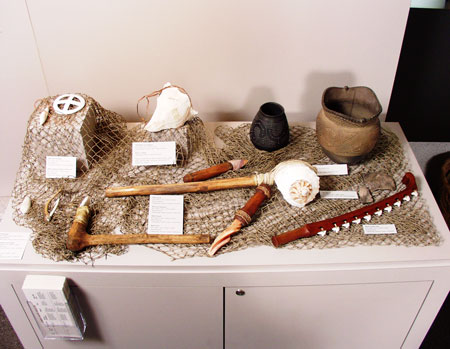 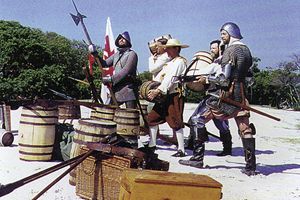