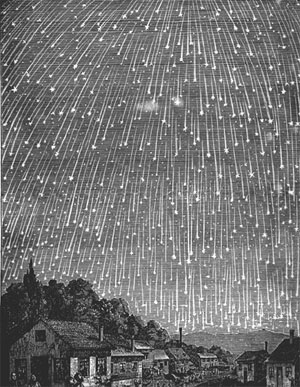 Evidence is growing that one or more impact events by comets or meteors may have led to this global catastrophe and Bronze Age Collapse. One such impact occurred in South America. Known as the Rio Cuarto impact, the impact field is over 50 kilometers long and 10 kilometers wide consisting of 11 craters. The largest crater is 4.5 km long and 1.1 km wide. The size of this impact would have undoubtedly had global implications. Locally, it would have set large areas of the Amazon rain forest on fire with an explosive energy 10 times greater than that produced by Arizona’s Barringer Crater event and 30 times more than the

Tunguska event which flattened a large area of forest in Russian Siberia in 1908. The Rio Cuarto event would have also created an explosive fireball which would have created hurricane force winds and leveled and incinerated forests for hundreds of miles. Could similar fireballs have been responsible for the destruction in the Old World as well?

It is possible that in addition to the debris that hit land, additional debris landed in the water leading to impact tsunamis. In fact, the Yuchi have legends which speak of when the “ole’ moon broke” and fragments landed in the ocean causing a flood in their homeland of the Bahamas. The destruction forced them to leave and seek out a new home. Perhaps an asteroid slammed into the moon which led to a rain of debris to fall to Earth. Lunar meteorites dating to this time period have been found on Earth providing some evidence for this theory.

M. M. Mandelkehr noted in his book The 2300 BC Event, Vol. II that many “gods” in ancient religions of the Old World which date to this time period have firey and celestial attributes that are consistent with a fireball from space. For instance, the goddess Ishtar dates to this time period in ancient Iraq. She is described as “light of heaven, which arises over the land like fire” and “enclosed in fire and charged with splendor” as well as “the lady who fills the firmament of heaven; through my appearance, fear is established in the heavens.”

Likewise, the Sumerian god Anu was described as “Anu covers all the lands with his fearful radiance” and “whirling through the ‘Heavenly Mansions’.” The Babylonian god Marduk was described as “the male child of the sun” and “the shining one…whose exuberant radiance shines like the rising sunlight.” Thus clearly these ancient myths reveal that the people living at this time witnessed a brilliant light in the sky that rivaled the sun and struck terror in all who saw it.

In his book The 2300 BC Event: Vol. II Mythology- The Eyewitness Accounts:1,

Mandelkehr notes that around this time around the world, a massive building spree began with the construction of circular monuments called henges. Stonehenge is by far the most famous such monument. Initial construction is believed to have initiated around 3000 B.C. but extensive modifications were made between 2200-2300 B.C. Britain has hundreds more such monuments constructed during this time period though nothing as large and famous as Stone Henge.

In Norfolk, England a site called Seahenge was unearthed off the coast in 1999. It featured a circle of 55 timbers with a large inverted oak trunk in the center. Circles with a central dot are called circumpuncts in symbology and structures taking the form of a circumpunct became widespread at this point in time. Why?

Thompson notes that some researchers have also found shell debris in the center of shell rings. Ground penetrating radar surveys of the Sapelo Shell Rings show that they, too, contained a central pile of shell in the exact center of the rings turning the entire structure into a giant circumpunct. Again, why? What’s the significance of this symbol and why does it appear simultaneously worldwide?

Researcher Bob Kobres theorizes that the widespread adoption of the circumpunct and concentric circle designs is the result of people all over the world witnessing such designs created in the sky during a heavy meteor bombardment. He notes that when the Earth passes through a dense cosmic debris field it invariably contains lots of dust as well. This dust would enter the upper atmosphere and when the larger meteors enter the atmosphere and exploded it would produce the circumpunct and concentric circle designs in the sky.

In fact, such designs appear on the Forsyth Petroglyph from north Georgia which I interpreted as representing a comet breakup and impact event around 535 AD.

Whatever the truth may be, Sapelo marked the beginning of a new way of life for Georgia’s NativeAmericans. From this humble beginning, these ancient architects would go on to create some of the most complex civilizations on the continent. They would also create some of the most amazing monuments in North America including the next site in our story: Rock Eagle.
(Resources & Further Reading)