CAPTIVA ISLAND – On the northernmost tip of Captiva Island stands a
piece of southwest Florida history that may help scientists unlock the
mysteries of an ancient culture.
>From the road lined with high-priced homes in the secluded South Seas
Plantation, a mound with several peaks built by the Calusa Indians more
than 2,000 years ago looks like any other clump of mangroves and
vegetation.
Hundreds of years of plant growth and soil deposits have hidden the
sun-bleached white shells that form the foundation of the mound, which
at one point reaches 18 feet high.
But by studying what is underneath that growth more thoroughly than in
previous mound excavations, scientists hope to uncover the answers of
how Calusa built their shell hills.
It’s just one in a series of questions that still surround the extinct
tribe, which once ruled over all of South Florida, said Corbett
Torrence, an archeologist from the University of Florida who is leading
the team of scientists.
“When you think about how much there is to do, there still is a lot we
don’t know,” Torrence said. “Every time we answer a question, we ask
four more.”
There are two main theories that surround mound construction, he said.
One suggests that mounds sprawl like cities with the Calusa building out
and adding on as the tribe grows.
The other suggests that the Calusa begin building the mounds from the
ground up and they grow over time, much like volcanoes.
Torrence and his team hope to solve the puzzle by digging several pits
at different locations on the mound and determining the age of the
sediments within them through radio carbon dating.
Scientists have used the process of dating sediments in mounds before
but never to such an extent.
While scientists typically use radio carbon dating on about six areas of
a mound excavation, Torrence plans to use the technique 24 times at the
Captiva mound.
The cost of the process has prevented scientists from studying other
mounds so thoroughly, but Torrence has a sponsor.
The owner of the property, Plantation Development Limited, hired
Torrence to excavate the site so that it can be protected and used to
educate the public.
Torrence and his team started the process by digging five pits, which
will each reach a depth of 7 to 8 feet.
The pits are strategically located at different levels and areas on the
mound.
The mound has six tiers, each growing in height by three feet.
The 3-foot foundation of the mound is more than 100 yards long and about
100 yards wide. As the tiers get higher the area shrinks. Three terraces
rise from the 9-foot level to heights of 12, 15 and 18 feet. Finally, a
depression in the mound sinks to nearly sea level.
The scientists dug the pits at different heights and will date the
sediments to find out when they were built.
The pits are also located at different areas of the mound to determine
when certain parts were built.
Though Torrence has not done any radio carbon dating yet, he believes
the mound was built between the first century B.C. and 900 A.D.
While digging the pits, Torrence’s team has found shards of pottery,
fish bones and various tools made out of shells and deer bone.
While it takes about two weeks to dig a pit five feet deep, the
scientists are getting a lot of help from volunteers, such as Mary Ann
Scott, of south Fort Myers.
Scott has been helping Torrence and other scientists excavate mounds all
over Florida for years.
Though the work is laborious and can be hard on the back, Scott said
it’s rewarding.
“It’s an addiction,” she said. “It’s particularly interesting when it’s
in your own backyard. When they get it all together and get all the
information from all the pits and then analyze it and get their theory
about what’s going on, that’s what it’s all about.” 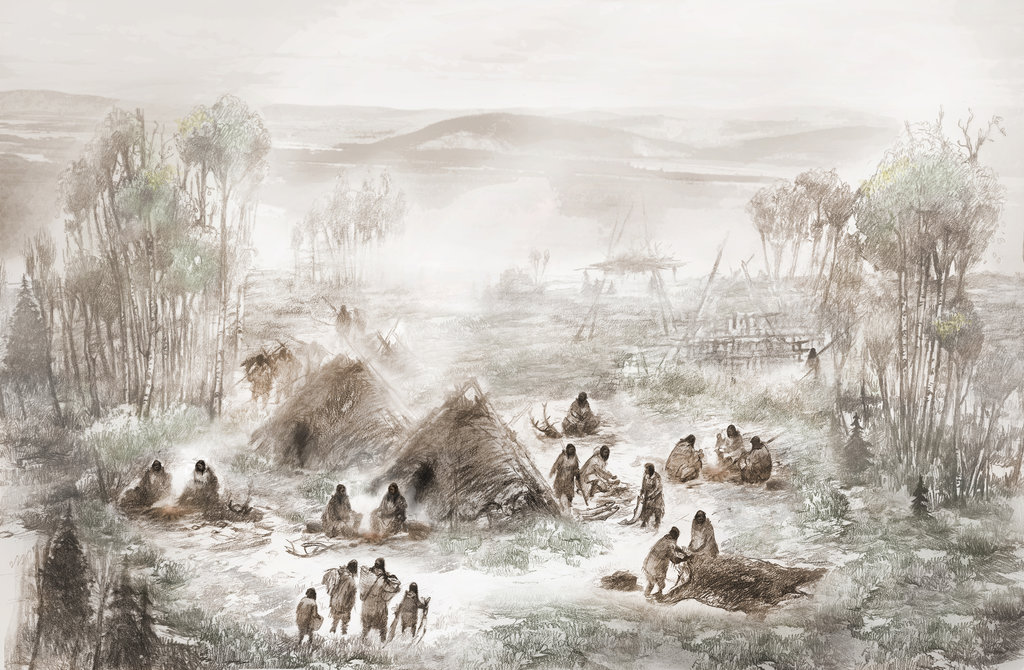