Archaeologists now are fleshing out the details of the daily lives of Ohio’s first farmers, who were known mostly for their mortuary and ritual sites, such as Chillicothe’s Adena Mound, for which the culture is named.

Archaeologists Craig Keener and Kevin Nye, with the Professional Archaeological Services Team in Plain City, investigated three Adena encampments in central Ohio that show strong continuities with the earlier hunting and gathering way of life as well as hints of the changes that, in Asia, are described as the Neolithic Revolution.

Their results are reported in the current issue of the Midcontinental Journal of Archaeology.

The three sites are situated in the uplands and likely represent autumn camps focused on gathering and processing nuts — especially hickory nuts. Before this work, most known Adena habitation sites and camps were located along rivers. The upland setting and the focus on nut collecting are more what we would expect for Archaic period camps.

New developments are revealed by the presence of broken pots and, in one pit, a handful of seeds representing the earliest domesticated plants in Ohio: goosefoot, sumpweed and maygrass.

The pottery suggests a less nomadic way of life, because the large pots of the Adena were both heavy and fragile. The seeds indicate an increasing commitment to food production rather than simply collection of Ohio’s natural bounty.

The sites that Keener and Nye studied capture a glimpse of groups on the cusp of change — no longer simply hunter-gatherers and not yet fully committed farmers. Such sites will provide the clues to understanding how small steps led to a giant leap for humankind. 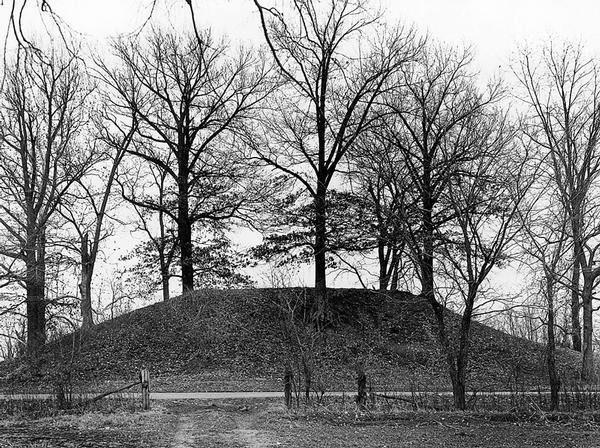 Thousands of years ago another civilization inhabited Missouri