Sometime in the seventh century AD Florida’s native people’s transitioned from producing Swift Creek pottery to Weeden Island pottery. How and why this happened is the topic of this article and video from Florida State University…one of the better articles and videos I’ve ever seen from an academic institution. It’s a fascinating discussion.

These are likely ancestors of the Apalachee, and what we know of the Apalachee might offer us clues. Archeologists have found a good deal more clues here in piles of shell and cratered mounds outside the village. So while there are no written words, there is a story to be told about these people….

So who are these people we call Swift Creek and Weeden Island?

“We call them different cultures, and give them different names- really that’s sort of an artificial, archeological convenience,” says Jeffrey Shanks.  “What that means in archeological terms is that their pottery changes.  It doesn’t necessarily mean these are different people.  They’re actually doing many of the same things.”

Swift Creek existed from around 0 to 600 AD.  Weeden Island was around from about 600 to 1,000 AD.  Around that 600 AD mark is when, as Jeffrey says, their pottery changes.  It also happens to mark approximately when they moved their villages; that the two things happened at about the same time might be significant…

Ancient Massacre Discovered in New Mexico — Was It Genocide? 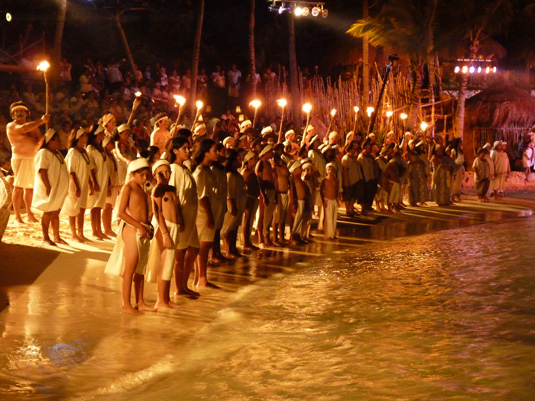