Eyewitness accounts of ancient stone ruins and pyramids in the Everglades and other locations in South Florida are investigated in this newspaper article:

I was skimming through some musty documents, handwritten letters, and crumbling photographs in a vintage-looking green file cabinet. I’d picked up a browned and well-thumbed folder labeled “Florida Archaeology” when two letters and some detailed diagrams fell out onto my lap.

I scanned the documents quickly, glancing at a pair of odd-looking maps. Then an oft-repeated phrase in the letters leapt out: “Pyramids in the Everglades.”…

The letters are typed on aged paper and addressed to Valentine. The first was mailed in April 1970, and the second in June 1971. Both make an outrageous claim in starkly calm language — namely, that there are undiscovered pyramids throughout the Everglades and other parts of Florida from an unknown civilization.

“I recently talked with a man who lives on a ranch near Immokalee who claims to have been in the Big Pyramid in the Big Cypress Swamp,” L. Frank Hudson writes in the first yellowed letter. “He says there is a stairs [sic] leading down from the room into an underground passage which is full of snakes.”

The next letter, from 1971 on greenish paper with a stylized typeface, was even more concrete, claiming, “We visited a small stone Pyramid, made of smoothe [sic] faced stone. It reaches down in the ground as far as a probing rod will go. [sic] which makes me think that it may be down to bed rock which is 65 feet deep. Nearby is a mile long wall.”

Hudson, in other words, had seen these pyramids. And there are more, he wrote, because “the same man told me of visiting or rather of seeing a simmilar [sic] stone pyramid in the middle of a mangrove swamp just off Lostmans river in the 10,000 island… I’ve also been told of a Stone Pyramid with a room inside sitting in the middle of a cow pasture just off the Peace River on a Florida Ranch with still another wall nearby. I’m beginning to think that the Lost civilization here in Florida may have been far more extensive than I first imagined.”

Hudson never identifies his source, though he mentions the man “can also show us numerous Everglades complexes.” 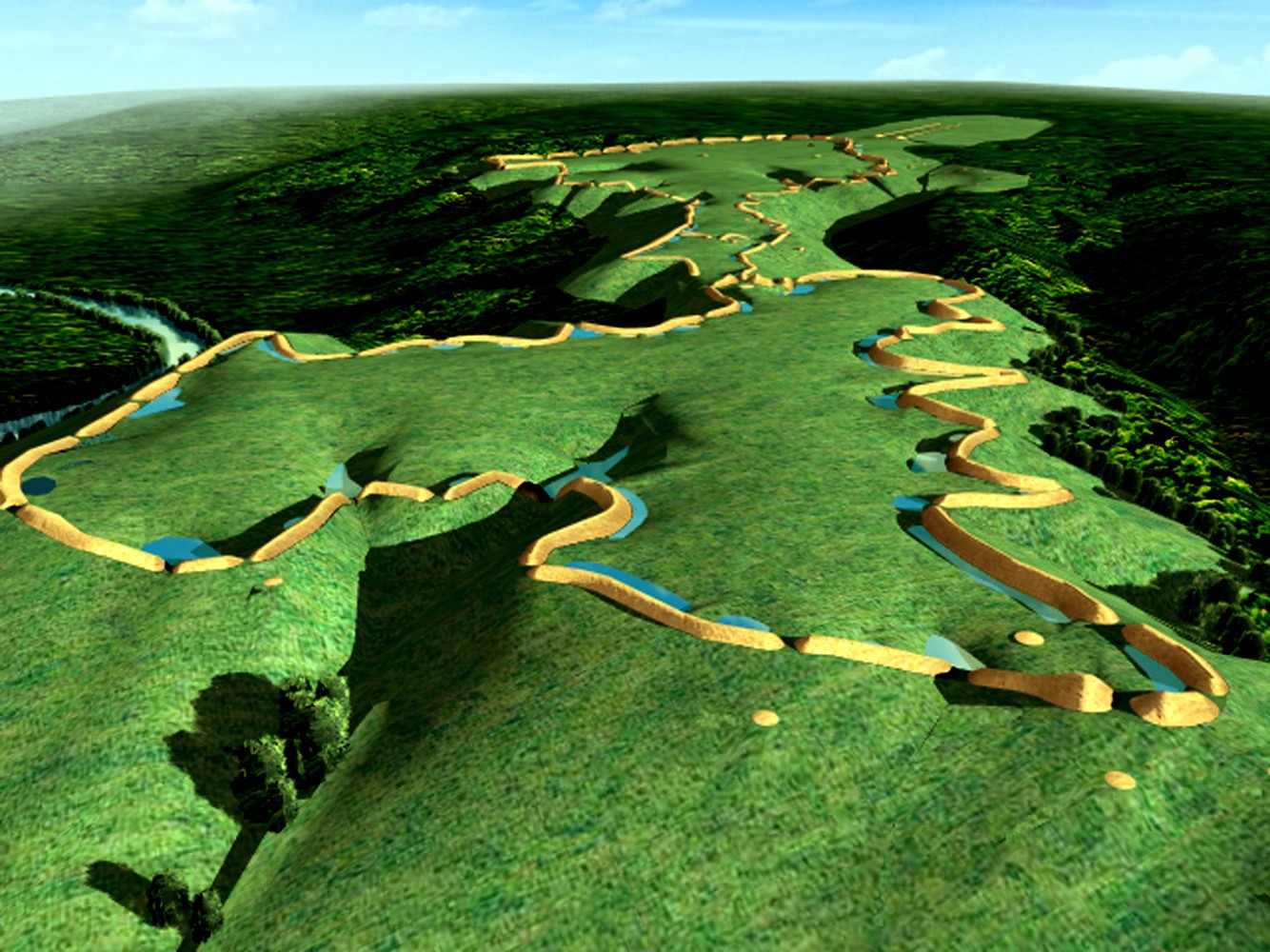