BOULDER, Colo., June 5 (AScribe Newswire) — Kings living in palaces may have ruled New Mexico’s Chaco Canyon a thousand years ago, causing Pueblo people to reject the brawny, top-down politics in the centuries that followed, according to a University of Colorado at Boulder archaeologist.

University of Colorado Museum anthropology Curator Steve Lekson, who has studied Chaco Canyon for several decades, said one argument for royalty comes from the rich, crypt-style burials of two men discovered deep in a Chaco Canyon “great house” known as Pueblo Bonito several decades ago. They were interred about A.D. 1050 with a wealth of burial goods in Pueblo Bonito, a 600-room, four-story structure that was considered to be the center of the Chaco world, he said.

Archaeologists have long been in awe of the manpower required to build Chaco’s elaborate structures and road systems, which required laborious masonry work, extended excavation and the transport of staggering amounts of lumber from forests 50 miles distant, he said. The scale of the architecture and backbreaking work undertaken for several centuries suggests a powerful centralized authority, said Lekson, curator of anthropology at the University of Colorado Museum.

“I don’t think Chaco was a big happy barn-raising,” said Lekson, chief editor of The Archaeology of Chaco Canyon: An Eleventh Century Pueblo Regional Center, published in April 2006 by the School of American Research Press in Santa Fe, N.M. “Things were probably quite a bit grimmer than some have imagined.”

“Kingship” developed in Mesoamerica about 2,000 years before Chaco, Lekson said, and kings quickly became a constant on the political landscape. “It’s not remarkable that there were small-scale kings and states at Chaco in A.D. 1100,” he said. “What is remarkable is that it took the Southwest so long to get around to it.”

Located in northern New Mexico, Chaco Canyon was the hub of the Pueblo culture from about A.D. 850 to 1150 and is believed to have held political sway over an area twice the size of present-day Ohio. A center of ceremony and trade, the canyon is marked by 11 great houses oriented in solar, lunar and cardinal directions with roads that appear to have connected Chaco to outlying Pueblo communities.

Researchers have long pondered how Chaco rulers wielded control over outlying Pueblo communities in present day Utah, Arizona and Colorado, he said. Such “outliers,” located up to 150 miles away, would have required that visitors from Chaco walk up to eight days straight in order to reach them, said Lekson, who is also a CU-Boulder anthropology professor.

The answer may lie in the clarity of the Southwestern skies, the open landscape and the broad vistas that created an efficient “line-of-site” system, he said. “Chaco people could see Farview House at Mesa Verde, for example, and Farview could see Chaco,” he said. “I think similar linkages will be found between Chaco and the most distant outliers in all directions in the coming years.”‘

The roads, some as wide as four-lane highways, may have been used for ceremonial pilgrimages by priests and their followers, Lekson said. “They also could have been used by troops, tax collectors and inquisitors,” he said.

Funded by the National Park Service and CU-Boulder, the new book is a collaboration of more than 30 years of fieldwork by hundreds of researchers and students, many of whom participated in a massive NPS Chaco excavation from 1971 to 1982. Scores of academics met around the Southwest during the past several years, discussing the most recent research and latest theories regarding Chaco for the book.

The Archaeology of Chaco Canyon explores the natural environment and architecture, as well as Chaco’s economy, politics, history and regional influences. The authors also look at outside cultural influences from all directions, including ties to Mesoamerica, said Lekson. Twenty authors contributed to the book, including Lekson, CU Museum Director Linda Cordell, CU-Boulder anthropology doctoral student Derek Hamilton and Richard Wilshusen, who received his doctorate from CU-Boulder.

Lekson estimates that 95 percent of the Chaco people lived in small pueblos, while an elite 5 percent lived in the great houses. Pueblo Bonito and the other Chaco great houses were “tall, empty monuments” that could have been used for a variety of activities, from ceremonies and storage to inns and even slave cells, he said.

The culture’s architecture and settlement patterns changed dramatically in the region about 1300, when sites begin to look more like modern Pueblos.

“Chaco has been characterized in oral histories as a wonderful, awful place where people got power over other people,” Lekson said. “Later Pueblo cultures in the region did not develop from Chaco, but rather represent a reaction against it, with people distancing themselves from a bad experience.” 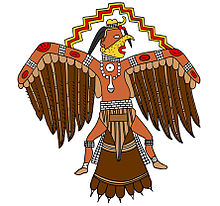