A pottery fragment on display in the museum at the Crystal River Archaeological State Park appears to represent the Mayan glyph, Lamat, their symbol for Venus. The fragment is in a style known as Swift Creek. This type of pottery is known for intricate designs impressed into its clay surfaces while still wet. The elaborate designs were carved into wooden paddles that were then slapped onto the surfaces of the pots before firing. No such paddles have ever been found since they were made of wood and have long since decayed. It is thought the paddles were primarily for printing designs on textiles and fabric and were only secondarily used for pottery decoration.

Although the Crystal River design is a fragment, it is readily reconstructed due to the known symmetry of Swift Creek designs. Luckily, enough of the design survived that it appears to represent a cross with a diamond design in the center.

This design is similar to various versions of the Mayan Lamat glyph. 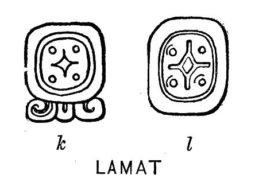 Mayan Lamat glyphs often take the form of a cross-with-diamond design. This is the second Lamat glyph found on a piece of pottery from the Crystal River site. In my article, “Mayan Glyphs at Crystal River Site in Florida” I discussed another Lamat glyph I found at the site. 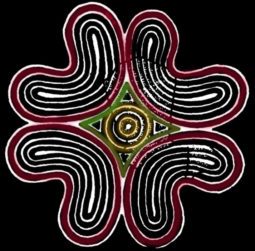 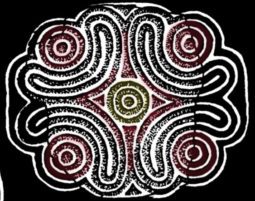 Furthermore, in my article “Mayan Glyphs on Swift Creek Pottery in Georgia, Florida,” I noted multiple other Venus glyphs on Swift Creek pottery throughout Florida and Georgia and I proposed that this represented a Mayan Venus cult in these areas. This latest Mayan Lamat glyph discovered at the Crystal River site in Florida is more evidence that such a religious cult was active throughout these southeastern states and was the result of interaction with the Maya.

New Mexico’s Chaco Canyon: A Place of Kings and Palaces?

Did A Massive Solar Proton Event Fry The Earth