The standard story of the origins of Maya civilizations has them evolving from the “mother culture” of Mesoamerica, the Olmecs. Yet the latest research shows that this may not be the case and the Maya likely originated their own ideas about how to construct a city. Read more below:

The origins of the Maya civilization remain one of archaeology’s longest-running mysteries. The Maya continually renovated their imposing pyramids and plazas, burying the earliest architecture under thick layers of stone. So researchers have long wondered, did the Maya inherit much of their civilization from the Olmec people in southern Mexico? A study published this week in Science on new data from the Maya city of Ceibal in Guatemala strongly suggests that one key element of Maya civilization—the arrangement of urban ceremonial space—owed little to the Olmec.

Early Ceremonial Constructions at Ceibal, Guatemala, and the Origins of Lowland Maya Civilization

The spread of plaza-pyramid complexes across southern Mesoamerica during the early Middle Preclassic period (1000 to 700 BCE) provides critical information regarding the origins of lowland Maya civilization and the role of the Gulf Coast Olmec. Recent excavations at the Maya site of Ceibal, Guatemala, documented the growth of a formal ceremonial space into a plaza-pyramid complex that predated comparable buildings at other lowland Maya sites and major occupations at the Olmec center of La Venta. The development of lowland Maya civilization did not result from one-directional influence from La Venta, but from interregional interactions, involving groups in the southwestern Maya lowlands, Chiapas, the Pacific Coast, and the southern Gulf Coast.

The oldest ancient Maya ceremonial compound ever discovered in the Central American lowlands dates back 200 years before similar sites pop up elsewhere in the region, archaeologists announced today (April 25). The recently excavated plaza and pyramid would have likely served as a solar observatory for rituals.

The finding at a site called Ceibal suggests that the origins of the Maya civilization are more complex than first believed. Archaeologists hotly debate whether the Maya — famous for their complex calendar system that spurred apocalypse rumors last year — developed independently or whether they were largely inspired by an earlier culture known as the Olmec. The new research suggests the answer is neither.

“This major social change happened through interregional interactions,” said study researcher Takeshi Inomata, an anthropologist at the University of Arizona. But it doesn’t look like the Olmec inspired the Maya, Inomata told reporters. Rather, the entire region went through a cultural shift around 1000 B.C., with all nearby cultures adopting similar architectural and ceremonial styles. 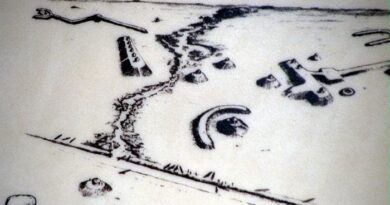