The Horr’s Island Mounds site located in southwest Florida near present-day Fort Myers represents the beginning of a new way of life for Florida’s Native Americans. Established between 3000 – 2800 B.C., not only is this one of the first permanent villages to be occupied year round but it also is the site of the oldest burial mound in the state of Florida (and perhaps North America).

Before this time period Florida’s Native Americans were living in semi-permanent villages on a seasonal basis. They were primarily hunter-gatherers who moved with the seasons and exploited the natural resources around each temporary village site. We also know from various sites around Florida such as the Windover Bog site that they already ritually buried their dead though not in mounds as at Horr’s Island but instead in ponds and bogs. From these burials we know they had a vast array of tools made from bone, stone and shell as well as a sophisticated array of woven fabrics and ropes.

From other burial sites during this time period we know that certain community members held special status based on the discovery of a ceremonial headdress consisting of two small decorated antlers worn in the hair of the deceased. We also know violence was not unknown to Florida’s Native Americans during the Archaic period as several burials had spear points lodged in their bones.

Thus the creation of a permanent village with a permanent location for burials within a mound seems a logical next step in development for Florida’s Native Americans. Horr’s Island would be the logical place for this new development due to its abundant marine and other natural resources. Thousands of tiny fish bones (including hardhead catfish, pinfish, threadfin herring) and shells of all kinds were unearthed and examined to determine what season they were collected. The seasonality of these bones and shells indicated that people lived on Horr’s Island year-round, gathering scallops in the summer, quahogs in the winter or spring, and catching catfish, pinfish and threadfin herring mainly in the fall. (A similar shell mound site on the Georgia coast known as the Sapelo Shell Ring Complex was inhabited around the same time as the Horr’s Island Mounds and would show a similar pattern of year-round habitation.)

It appears that “bottom-dwelling estuarine fish such as catfish and sheepshead were commonly caught on lines. Smaller fish were apparently netted.”

As evidenced by the more than 600 postholes found during excavations, Horr’s Island residents lived in small circular houses. Not only did Horr’s Island Archaic people live year-round in one place but they built a shell and sand mound nearby. They built it in a well-defined cone shape rising 20 feet above the ground surface. Layers of sand were spread carefully over the shell from time to time. Some of the sand layers were pure white and others were colored by the addition of charcoal.

This points clearly to deliberate construction and to a ceremonial use. Mound A is believed to be a burial mound because of two human burials found within. This makes the mound the earliest burial mound known in the Eastern United States. Thus the Horr’s Island Mounds site has changed the way archaeologists view Florida’s Archaic period Native Americans. These people lived a settled life, caught fish and collected shell fish throughout the year. They buried their dead in mounds.

But this was just the beginning of Florida’s ancient architect’s accomplishments. From here on out their village sites would become more complex and their mounds more grandiose as each millenium passed such as at the next site in our story: Tomoka Mounds. 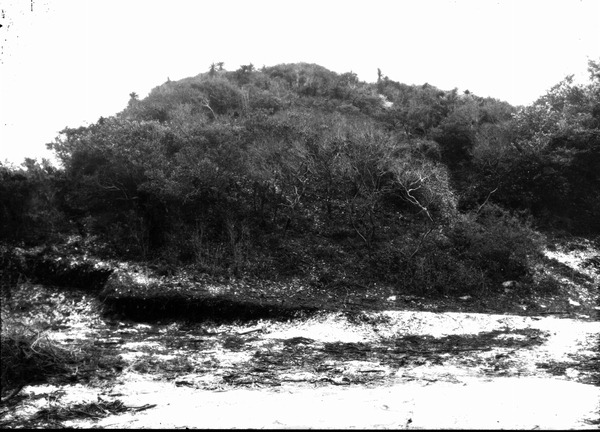 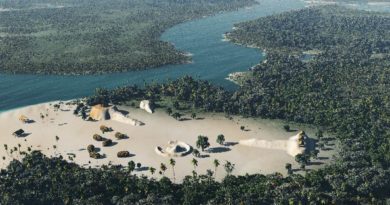