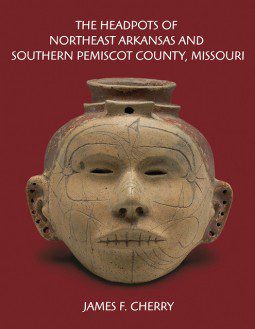 A new book has collected photographs of every known Native American head pot in existence. Head pots are a very rare and unique form of pre-historic Native American pottery found almost exclusively in northeast Arkansas and the adjacent bootheel region of Missouri. They are distinguished from other native North American pottery in that the entire vessel is molded into the general shape of a human head, as opposed to facial features such as eyes, nose, and mouth simply being applied to the surface of a bottle or jar form. Artistically, head pots vary from crude to remarkably lifelike representations. Most are somewhat smaller than the head of a normal adult, averaging about five to six inches in height. Head pots are associated with the Late Mississippian Period to the time of European contact, dating about 1400 to 1700.

The new book, entitled The Headpots of Northeast Arkansas and Southern Pemiscot County, Missouri, is published by the University of Arkansas Press. Here’s a description from the publisher:

In 1981, James F. Cherry embarked on what evolved into a passionate, personal quest to identify and document all the known headpots of Mississippian Indian culture from northeast Arkansas and the bootheel region of southeast Missouri. Produced by two groups the Spanish called the Casqui and Pacaha and dating circa AD 1400–1700, headpots occur, with few exceptions, only in a small region of Arkansas and Missouri. Relatively little is known about these headpots: did they portray kinsmen or enemies, the living or the dead or were they used in ceremonies, in everyday life, or exclusively for the sepulcher?

Cherry’s decades of research have culminated in the lavishly illustrated The Headpots of Northeast Arkansas and Southern Pemiscot County, Missouri, a fascinating, comprehensive catalog of 138 identified classical style headpots and an invaluable resource for understanding the meaning of these remarkable ceramic vessels.

You can buy the book here. 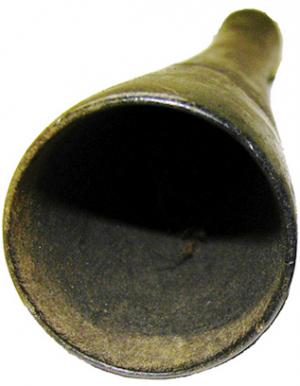 Earliest Tobacco Use in the Pacific Northwest