In Stone Mountain Park’s Memorial Hall, you’ll find the Discovering Stone Mountain Museum, where visitors can enjoy a great view of the carving and an intriguing chronological journey from Stone Mountain’s past to its present including information about the Native Americans who once occupied this area.

The Native Americans are associated with two of Stone Mountain’s historical curiosities. The first, named “Devil’s Crossroads,” was a flat boulder roughly 200 feet across and 5 to 10 feet thick. It was cleft by two straight cracks about four feet wide, one running north-south and the other running east-west. The cracks joined at right angles in the center of the boulder and the juncture was capped by another flat rock 20 feet in diameter. The second curiosity was a wall, made of loose fragmentary stone, that encircled the top of the mountain. 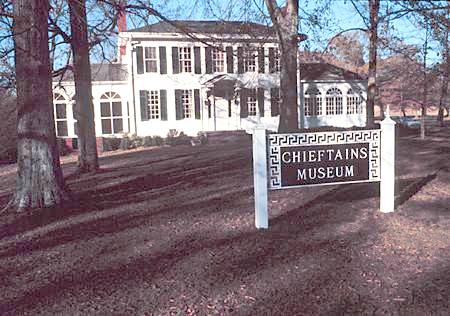