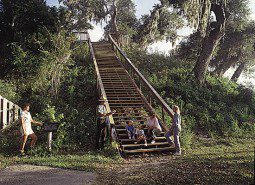 For 1,600 years, beginning around 200 B.C., these 14 acres were an imposing prehistoric ceremonial center for Florida’s Native Americans. These people traveled great distances to the complex to bury their dead with ceremony and to participate in trade activities. It is estimated that 7,500 Indians might have visited the complex annually.

This six-mound complex, built by the cultural group called pre-Columbian mound builders, is considered one of the longest continually occupied sites in Florida. Visitors can tour the visitor center/museum and see an 8-minute interpretive video that is well worth watching for a better understanding of the site’s past.

During a visit to the site, a meandering walk down the one-half mile paved loop trail at the site will take visitors past each of the 6 mounds. These mounds include Temple, Burial and Midden Area Mounds. A beautiful view of the Crystal River is had from the observation deck located on one of the Temple Mounds. Two large limestone boulders seen along the trail may have served as ceremonial markers for these early people. 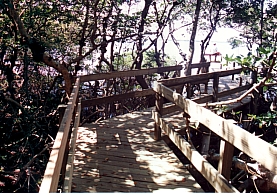