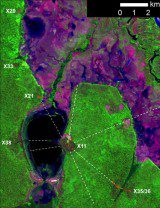 Academic dogma asserted that early eyewitness accounts of large numbers of towns and villages in the Amazon were simply flights of fancy of the overactive imaginations of the European explorers. They even went further and advanced theories for why such civilizations could never have existed due to the poor quality of the soil. As is usually the case, the eyewitness accounts have proven to be true and the Academic establishment is left looking like a bunch of brain-dead, fanatical cult members mindlessly repeating the talking points of their Dear Esteemed Leaders and High Priests of Science. Read the National Georgraphic story below about the “controversial new theory” that shows people in the New World were just as advanced as those in the Old:

Dozens of ancient, densely packed, towns, villages, and hamlets arranged in an organized pattern have been mapped in the Brazilian Amazon, anthropologists announced today.

The finding suggests that vast swathes of “pristine” rain forest may actually have been sophisticated urban landscapes prior to the arrival of European colonists.

“It is very different from what we might expect using certain classic models of urbanism,” noted study co-author Michael Heckenberger, an anthropologist at the University of Florida in Gainesville.

Nevertheless, he said, the repeated patterns within and among settlements across the landscape suggest a highly ordered and planned society on par with any medievalEuropean town.

The finding supports a controversial theory that the Amazon River Basin teemed with large societies that were all but obliterated by disease when European colonists arrived in the 15th and 16th centuries.

The isolated tribes that remain in the Amazon today are the last survivors of these once great societies, according to the theory.